Aw yis. You know what day it is.

It’s a soda jerk. Haven’t you always wondered why he’s called a jerk?

The first Soda Fountain shows up in the 1820s, but didn’t gain popularity until one made a guest appearance at the 1876 Philadelphia Centennial Exposition. They didn’t reach full steam until 1919 when prohibition made life a whole lot more boring. With nothing to drink but milkshakes, the explosion of the soda fountain culture spawned a new food language.

Mammoth Soda Fountain at the 1876 Philadelphia Centennial Exposition. There were a few other fountains there, including Tuft’s.

Soda fountain lingo developed because orders were placed without the use of tickets or computers (unless there were androids which is entirely possible). It needed to be clear and concise because the intense and busy environment didn’t leave much time for deciphering orders. They also needed to be memorable so something like “dog and maggot” wasn’t uncommon.

Here’s some of my favorite soda fountain language.

Since we’re talking about soda fountains, it’s only fair we start with the employees. They are, after all, the ones who made the magic happen. And by magic I mean ice cream, because ice cream is magic. 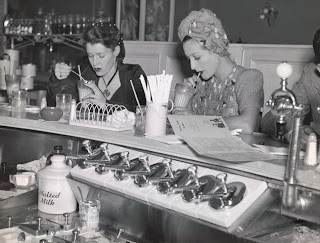 Joan Crawford enjoys a milkshake because why the hell not.

You can’t have a soda fountain without food orders. These are a few common order calls. 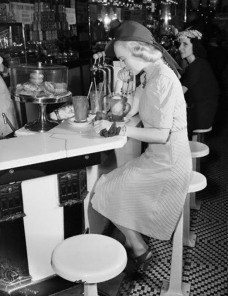 Fix the pumps. You know what I mean.

There were also names for customers, owners, and staff.

There was such a large amount of lingo that several anthologies were compiled in order to dispense any confusion. The most commonly known were The Dispenser’s Formulary or Soda Water Guide, The Standard manual of Soda and other Beverages, and The American Soda Book. These three books have a combined 5,500 formulae. 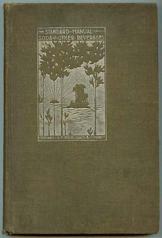 The Standard Manual Of Soda And Other Beverages, 1906

And that, my dears, is why working at the soda fountain would be really confusing.

-Walker, Harlan, and Robin Weir. “‘One leg of a pair of drawers’: The American Soda Fountain Lingo.” Disappearing Foods: Studies in Foods and Dishes at Risk: Proceedings of the Oxford Symposium on Food and Cookery 1994. Totnes: Prospect, 1995. 215-220. Print.